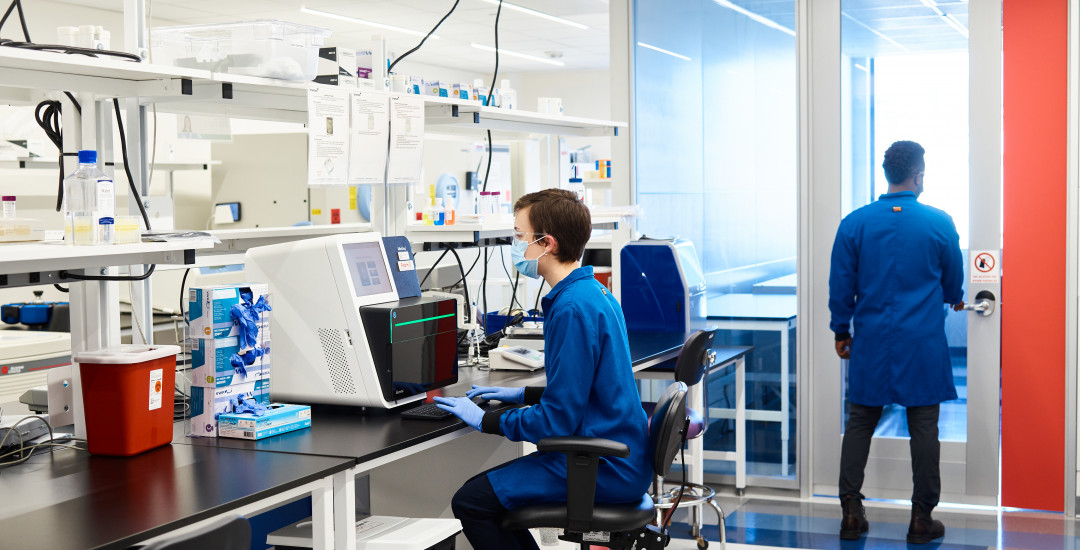 Figuring out where to locate your company and building out a new space can be the most daunting parts of starting a biotech.  The process is riddled with unforeseen hurdles and questions for entrepreneurs who have never faced the challenge before. But finding a partner that can both manage operations and allow for growth as needed can smooth the process.

When Rudy Chaparro and Ron Seidel patented technology from the Albert Einstein College of Medicine in New York to start Cue Biopharma in 2015, they were excited about the science behind their protein engineering platform but were uncertain about location and infrastructure.

“This was our first startup company and we knew there was a great deal relating to facility buildout and maintenance that we had no experience with,” said Chaparro in an interview.

Cue’s founders realized that the high cost of real estate and the hot Boston market would likely mean a place in the suburbs for the company that was further from the action. But then they found SmartLabs.

“We looked at a few different options, and SmartLabs was just much more turnkey than anything else that we saw. It just made it much easier. They kind of said, ‘We got you. We know what you need.’”

SmartLabs aims to streamline the process and make it easy for scientific founders to focus on the science instead of being bogged down with decisions about design, construction, permitting, compliance, and technology. Beyond the initial setup, SmartLabs handles most of the facility management and can allow a company to grow without constraints.

Cue began with about 5,000 square feet when Chaparro and Seidel were just getting things off the ground. Thanks to SmartLabs’ modular construction, the company was able to expand as needed – first to 11,000 square feet, and later to 19,000 square feet.

“One thing that was very challenging for a company at our stage was that, even if we had wanted to move to a larger or a different space where we built it out, basically the security deposits and the lifetime cost of the space was very high. Other options required, for example, a 10-year commitment, which, when you're raising money incrementally, as we were, you can't lock up that amount of capital for extended periods like that. You have to make the capital work at building out the science and data, not building out a facility. SmartLabs enabled that,” said Chaparro.

On the Right Trajectory

Fast forward almost four years and Cue has received acceptance from the U.S. Food and Drug Administration for its Investigational New Drug application to begin clinical trials for its first compound in humans.

CUE-101, a novel fusion protein designed to activate and expand a population of tumor specific T cells directly in the patient’s body, is being tested as a treatment for HPV-associated head and neck cancer.

“T cells are essential in maintaining human health. What our platform has the potential of doing is selectively modulating disease-relevant T cells by dialing the activity up in the case of when you have a cancer that has evaded the immune system or dialing the activity down in the case of autoimmune disease,” said Cue President and CEO Dan Passeri.

Passeri joined the company in August 2016, when it was just eight employees. Now, it has more than 50 employees as it begins clinical trials.

To Passeri, who has a long history of running publicly traded biotechs, SmartLabs made sense from a capital perspective.

“While we are in our formative stages of development, I want to be spending our resources on science. I don't want to be burdened with the challenges of managing a facility,” said Passeri.

SmartLabs has given Cue the ability to focus on moving its cancer and autoimmune compounds through preclinical development, while taking care of things like reception, janitorial service, IT support, security, waste management, and EHS compliance.

“I really don't want to look at an independent, standalone facility that we now have to manage until we actually have a platform that's generated a pipeline of drugs that have demonstrated a proof of concept in the clinic, and our market cap is at such a level where it warrants that type of investment,” Passeri added.

“This is a turnkey, self-managed operation that allows us to just focus on what we do best. Which is the science.”

Check out these related posts 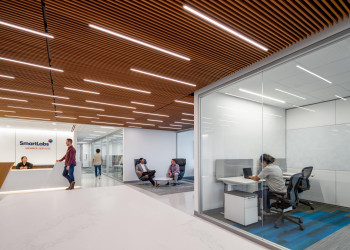