Nikon Instruments became a part of the SmartLabs community in Cambridge in order to test out a new imaging service it has been developing for regenerative medicine clients.

Moving into a new sector from an established industry can be daunting for even the largest of companies, but it can be necessary if a company wants to stay relevant as their customer base changes. It often requires the testing out of new procedures or services to see how customers will respond before making a large investment in infrastructure. Yet, finding the right atmosphere to test out a new concept or business model can be tricky.

“We talked to other places that are similar to SmartLabs and they require that you be a startup. The nice thing about SmartLabs is that we could come as a company that wants to try something new, even though we're already a large corporation,” said Jeff Bylund, an applications manager of stem cell and regenerative medicine at Nikon Instruments, which moved into SmartLabs in the fall of 2018.

For more than 100 years, Nikon has been synonymous with cameras. But the Japanese company has always been interested in exploring how it can perform in other cutting-edge markets, from biosciences to semiconductors to electronics manufacturing. Nikon is now trying its hand as a service company, essentially functioning as a contract research organization for advanced biological imaging.

“The consumer camera market isn't what it used to be,” said Bylund. “Most people are doing that on the cell phone, so Nikon is moving more and more into other fields like healthcare.”

While Nikon produced its first microscope in 1925, and now makes a wide array of imaging equipment, the acquisition of Optos in 2017 moved the company firmly into the healthcare space. Optos is a leader in ultra-widefield retinal imaging.

“They actually are able to capture an entire retina almost at once, whereas any other scanner out there only looks at a piece of the retina,” explained Bylund.

For Nikon, its microscope and the acquisition of Optos were just the beginning. Regenerative medicine is the next frontier. Now the Japanese company is trying to make its advanced imaging technology and equipment more accessible to a customer base that is typically constrained by capital.

“People need to collect high-quality image data that's non-destructive and quantitative so that they can assess the morphology of cells and tissues that they're creating. So, we have created devices that will do that, but what we found is that there are a lot of customers who may not have the capital to buy the equipment,” said Bylund.

“In order to acquire those data, you need the devices and the software and the expertise. And so what we're doing at SmartLabs is we've set up a facility where we have all of the equipment, and we have the expertise, and people can basically hire us to collect the data that they need.” 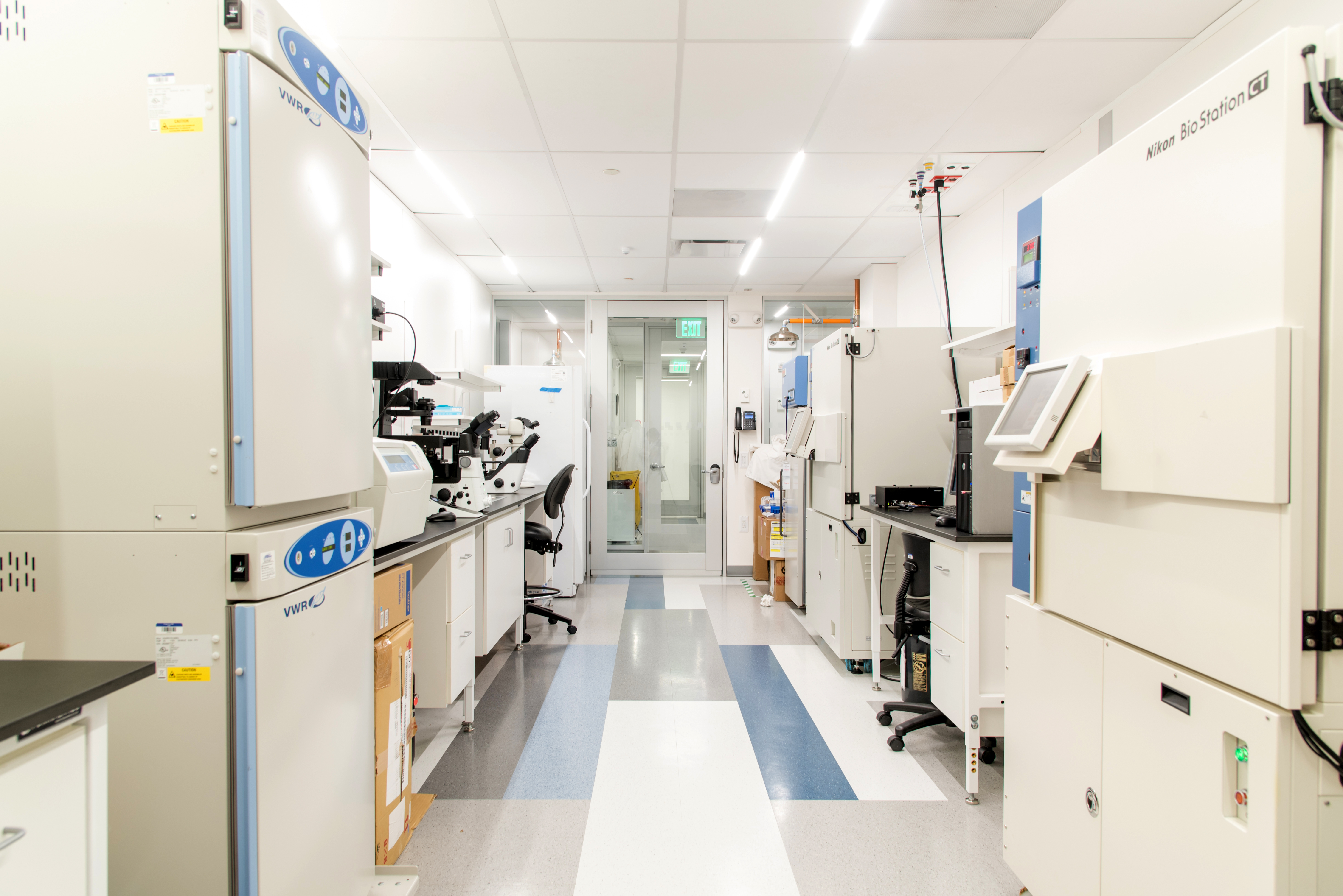 Nikon joined SmartLabs at 21 Erie Street in Cambridge in 2018. “What we liked about SmartLabs is the location in Cambridge. Kendall Square is pretty important for us to connect with the people that are doing this kind of work,” he said.

“We can lease the space. It's ready to go and we don't have to waste time figuring out regulations for how to set up a lab, outfitting it with some of the major equipment that needs to come in, going through and procuring services from waste disposal to monitoring of the freezers. All of those things have already been taken care of, so that's nice,” added Bylund.

Nikon isn’t the only major corporation to come through the SmartLabs space. The company caters to members with anywhere from 10 to 100 employees and can serve as a solution for large corporations that need a dedicated, private space for a particular project or even those that need a swing space as they build out a larger facility.

SmartLabs’ modular construction, secure IT offerings, and fully run facilities make it an ideal location for companies of all sizes.